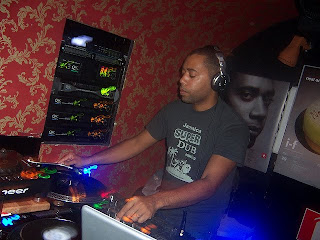 You can catch Carl DJing at Phonica between 6-8pm on Saturday and then later at the Planet E party, at Ewer Street car park in SE1 (sounds great). More deatils here: http://www.residentadvisor.net/news.aspx?id=13340
Posted by Miles at 13:06

Mildly off topic but can I please mention his, to this day, jawdropping essential mix from '95.
Still sounds cutting edge now (to my ears anyway).

Ross?! That Essential Mix is an iPod staple! I remember it getting a spin in your hotel room in Lisbon too!