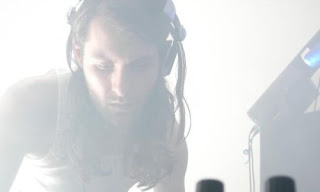 I don’t know much about DJ Sotofett other than he’s from Norway and he’s involved with cult Norwegian label Sex Tags. I stumbled across this mix on soundcloud and it’s really different, properly laid back music for hazy summer nights or lazy winter days hiding under the duvet.


This picture shows Detroit beatdown star, Delano Smith playing at the Downstairs Pub in Detroit in 1982. Directly to his left stands the late, great Ken Collier.

Even though Ken may not be the household name that some of the other detroit stars are he may well be the most important of Detroit DJs, as he inspired the techno generation to hit the decks. As Delano Smith told Bleep 43, "...all of us, Norm [Talley], Mike [Huckaby], Derrick [May], Kevin [Saunderson], Theo [Parrish], Kenny[Dixon Jnr], Darryl Shannon, all the Detroit legends, Dwayne Montgomery, Duane Bradley, all those guys, Stacy Hale, Al Ester, all those guys were inspired by Ken Collier. I don’t care what nobody tells you, this music, if it hadn’t been for Ken Collier it would be totally different scene than it is now."

You can check that whole Bleep 43 Beatdown interview >>here<< 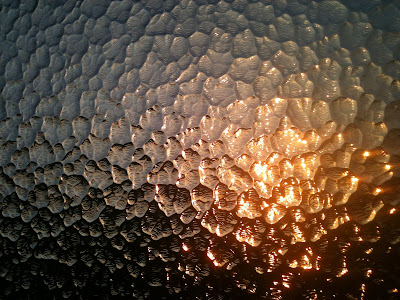 This is mix for frosty mornings, wet days and dark evenings. Lock yourself away from the outside world, put another log on the fire, or at least crank the heating up full blast. Soundtrack to hibernation. 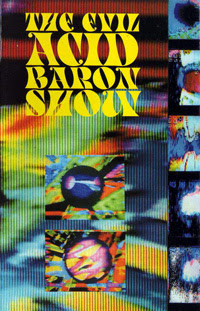 This video has pretty much legendary status, released in 1988, as what was apparently the first acid house related VHS.

The project was the brainchild of video artists Mark McClean and Colin Scott, collectively known as Stakker, and was based around what felt like earth shatteringly ground breaking computer generated psychedelic visuals and some of the most exciting and innovative house music around at the time. “The Evil Acid Baron Show" video is the final shoot of this project. It's a 30 minute psychedelic trip along the wildest frontier of acid house, with music like Pierre's Pfantasy Girl ‘Dream Girl’, Tyree ‘Acid Over’, Adonis ‘The Poke’, Cool House ‘Rock This Party Right’, S-Express ‘Superfly Guy Acid Remix’ and Baby Ford ‘Oochy Koochy. Combined with the visuals, more than 24 years ago, this felt like it was beamed direct from another planet.

Stakker also teamed up with Brian Dougans, who went on to find success with Future Sound Of London, to produce British acid house classic, Stakker Humanoid, the video for which also feature the duo’s skills.

The video tapes themselves are rarer than hens teeth these days, so if you ever see one, let me know! It is, howvere, on youtube: