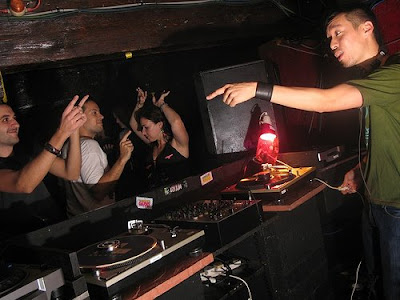 Let’s get straight to the point - I think Daniel Wang is one of THE best DJs in the world. But the Berlin based American is not everyone’s cup tea. In fact, whereas I love his DJing, some other people can’t stand it. And I don’t mean dubstep ruffnecks and indie kids don’t get him, I mean there’s plenty of dyed in the wool house heads and beardy nu-disco fans who aren’t feeling the Wang.

On the face of it, this may seem strange, given that house is essentially a continuation of disco and nu-disco is, err, disco. But I can actually understand why some people don’t like Daniel Wang.

These days disco has been kinda sanitised for the house generation. Not only are simple to programme tracks like Gino Soccio ‘Dancer’ are ubiquitous but edits are abound and remove the ‘cheesy bits’ like camp vocals (Cellophane ‘Super Queen’), guitar solos (Chilly ‘For Your Love’) and operatic breakdowns (Sylvester 'Band of Gold'), leaving the elements that have become the basis of so many sample laden house tracks and as such, the elements to which today’s clubbers’ ears are attuned. And all of this is played by DJs in a house context. If a DJ plays Chicago ‘Street Player’ people will love it because they all know the Bucketheads tracks that liberally sampled it. If a DJ plays Boystown Gang 'Can't Take My Eyes Off Of You' then 99% of dance floors shit themselves.

Wang takes it back to its roots, playing what was essentially gay dance music for gay men to dance to. The song and the melody are the primary focus rather than the incessant 4/4 beat, beat mixing takes a back seat, often used but not ruling his sets, and all those bits that are often filtered out for modern ears are left in, maybe even emphasised, along with that sense of drama that once lit up the floors of The Saint, the Garage, Better Days, etc.

In fact, he has a natural penchant for drama. I heard him play at massive Faith/Secret Sundaze party at the tail end of 2007, with people like Chateau Flight and Timmy Regisford spinning in the other rooms, on huge sounds systems, with giant lighting rigs, to literally thousands of people. Daniel was downstairs in a relatively small room on the way to the cloakroom, with maybe a hundred dancers. At one point he plunged the room into virtual darkness, the only light being a small table lamp wrapped in red plastic, which he started to switch on and off strobe style, before dropping Amanda Lear ‘New York’, a haunting, dark disco ballad at clocks in at about 3bpm. It sounds a bit shit but it wasn’t. It was the most amazingly house moment of the night, blowing away all the big rig, big room stuff going on upstairs - and he had the room in the palm of his hand for the rest of the night. That set was actually the DJ highlight of the year for me. A proper disco DJ playing proper disco the way it was made to be played.

More power to the Wang! 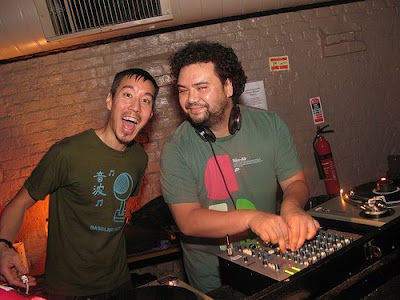 With thanks to Nick Ensing for the pictures
Posted by Miles at 09:00 No comments: 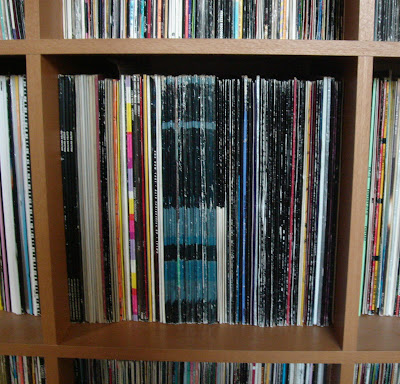 First coined by Dominic Philips to pigeon hole an emerging genre during his days reviewing for Mixmag Update in the very early 90s, progressive has gone on to become a byword for boring, convoluted house music. And yes, even if you put aside Sasha, Digweed and Lawler’s mind numbing take on the genre later in the decade, it’s still easy to knock the first wave of progressive house now as it quickly became a parody of itself – music for long haired blokes on drugs made by long haired blokes on drugs. BUT it’s also easy to forget there was actually some very exciting music being made at the beginning.

It was a reaction to the times. Cooler London clubs were playing slickly produced house and garage sounds of New York, New Jersey, Rome and Rimini, movement 98 was just a recent memory, and the harder edged sounds we had grown used to the early days of acid house had been become the property of rave DJs and ravers. Early progressive house producers, like D.O.P, started to reclaim these rawer sounds, set them in a house context the right side of rave and forge a distinctive English sound, that wasn’t just a rip off of what the Americans or Italians were doing.

And in most clubs you’d be unlucky to be subjected to night of Fabi Paras b-sides, because this music was getting mixed up with early Wild Pitch, Instinct and Murk stuff from the States and new sounds from northern Europe like early Jam and Spoon, R&S, early Eye Q and Harthouse stuff (anyone remember intelligent techno?!) and things like SIL and Wonka Beats.

Hard as may be to imagine now, it was fresh and it was exciting. I remember being at an early Puscha, when it was still good (the Salvidor Dali one by the Tate and Lyle refinery), and hearing Smokin’ Jo drop Acorn Arts and Gat Décor alongside Weatherall dropping Wonka classic The Traveller ‘Father and Son Shine’. It felt like the future.

The reason Leftfield were so popular was because what they were doing sounded so original and many artists you don’t think of as being progressive were part of it all – Andrew Weatherall and early Sabres releases like Secret Knowledge and SYT (Shave Your Tongue), Slam/Soma, Junior Boys Own acts like Underworld/Lemon Interrupt, Outrage, and even X-Press 2.

It was an exciting and musically creative time, the influence of which reached across the Atlantic, where Junior Vasquez was hugely influenced by the X-Press 2 sound and even used to play Guerrilla releases like Two Shiny Heads ‘Dub Disco House’ at the Sound Factory.

Unfortunately, back on this side of the pond, people with little or no musical talent quickly got to grip with the basic elements of the sound and there we were soon buried under a deluge of really boring bongo/timbale records - Cowboy Records, in particular, were terrible for putting out this crap.

I think there are actually a number of parallels to be drawn with the recent surge in minimal house – a few pioneering, innovative producers, making groundbreaking music and quickly followed by a load of talentless imitators out to make a fast euro. They do say we can learn lessons from history, don’t they?!

Anyway, I liked the early days of progressive house. I liked it a lot. And so did many other people who may deny it now. I recently read that Dom Philips has said of his coining of the genre, “It was meant to refer to progressive rock in that it would all become overlong and sound the same and be pretentious... which is just what happened."

I think that Dom is either talking with the benefit of hindsight, using a touch of journalistic license or is a great big fibber. I'm pretty sure the review in question would have been around about 1991/1992 during the very early days of the sound, and it didn’t become overlong and pretentious until the Digweed/Sasha era years later, when it had become pretty much a completely different genre of music.

If Mr Philips really did know that in its second incarnation it really would turn the prog rock of house, can some one give me his telephone number? I need to know what next weekend's racing results are!

Progressive ‘You Probably Had to be There’ 10