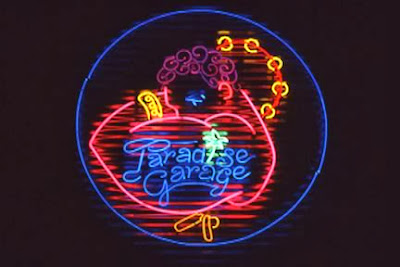 This remarkable 2 hour long video surfaced earlier. It seems to be made up of extracts from the last week at the Paradise Garage and some from the last night itself. I’ve spoken to a few longer in the tooth club goers in New York and none of them have seen this before. Little bits of it, but not all 2 hours! It really is a treasure, a window directly onto the dancefloor of the clubs that shaped the music so many of us love today. And there are so many magic moments. The queue, the famous ramp, the lone dancers wheeling away on the empty floor to ‘E2-E4’, the house music, the crowd’s reaction ‘Spank’, the even bigger reaction to ‘You Used To Hold Me’, the show-womanship of Gwen Guthrie, Liz Torres and Master C and J live on stage, Keith Haring on the dancefloor, the dancefloor unity during ‘We Are Family’, in the both with Larry as he drops Jeanette Thomas ‘Shake Your Body’, Adonis, the ultimate end of night moment of ‘Make It Last Forever’ and Ce Ce Rogers ‘Someday’ being played at the end. Twice. For me, it demonstrates that were Larry still alive today, he certainly would not be stuck in a disco time warp. But on a more basic level, it’s a probably 2 hours of the most fantastic video on youtube.
EDIT: the video disappeared from youtbe and Boiler Room put up an edited version. Kind of killed it, but it's all there is now...