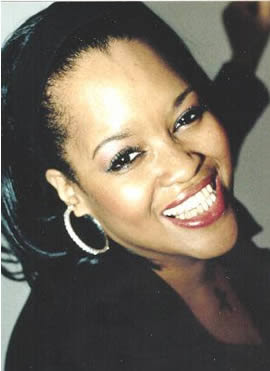 4 years ago today, 24th September, Sabrynaah Pope, one of my favourite female house vocalists, sadly passed away at a criminally young age, in her home town of New York City.

Sabrynaah made her name her singing for some of the cream of 90s US house producers, with her debut single ‘It Works for Me’ on the legendary King Street label, being pretty much the perfect example of what was then a fresh, soulful brand of house with crisp beats and plenty of punch, a sound that became synonymous with producers like Victor Simonelli and DJs like Paul ’Trouble’ Anderson.

There was also reoccurring themes to Sabrynaah’s work. First and uppermost was overwhelming positivity, but she also sang of a desire to be free to express one’s self and live without fear of judgement - which as a slightly obnoxious and occasionally spikey young man, resonated with me at the time!

Sabrynaah was born in Brooklyn to a very religious but musical family. Her mother was a gospel singer and of her two aunts on her mother's side, one was a backing singer for Ray Charles (a Raylette!) and the other was in the popular 1960’s group “The Cookies”. Sabrynaah was a regular church goer and admits that she was only allowed to listen to Christian music at home as a child, so unsurprisingly she ended up singing regularly at her church. As she grew older, Sabrynaah progressed into professional gospel singing and signing in musicals on the National Black Touring Circuit, something she continued to enjoy doing up until shortly before her death,

Through her work as a professional gospel backing singer, she came into contact with Kevin Hedge of Blaze fame and they hit upon the idea of making a record together. Kevin wrote the music, Sabrynaah wrote the vocals, they got in the studio and produced her debut single, the aforementioned ‘It Works for Me’, which King Street snapped up readily and Victor Simonelli went on to remix.

This opened the door of the world of house for Sabrynaah and she went onto to perform with Smack Productions, Louie Vega, DJ Pierre and Kings of Tomorrow, amongst others. She was already a regular on the dance floors of the New York and spoke of warm affection about the first time she performed at the Sound Factory Bar, and the positive reaction she got from her fellow dancers when they saw her up on stage.

In 1995 Sabrynaah collaborated with Washington DC’s 95 North to produce what is undoubtedly my favourite record she worked on. Similar in style to her debut, it was a request for people to be allowed to be themselves and not to waste their time trying to please others - a plea for acceptance and respect. Moreover, it’s absolutely SLAMMIN’!

Round about the time this came out, I remember DJing at a party in a massive old house over Haggerston way. Back then Haggerston wasn’t about design students and pavement cafes, like it is now - it was rough as hell and you genuinely took your life into your own hands if you walked down the wrong side street at night.

The DJ ‘booth’ in this place was set up in the kitchen and by 4am, it was just me and about a dozen 30 something (seemed well old at the time) local rude boys. Big, burly blokes, all gold teeth, missing teeth and scars, smoking lots of potent smelling weed and drinking brandy.

I felt like I was in my groove and ‘My Life’ was the stand out record. Rather then feeling uncomfortable, I was getting slapped on the back, drinks passed to me and in between hollering, big ups. It was one of those times when you think you’ve really found ‘your’ sound and Sabrynaah Pope will always be a part of that memory for me.

However, unlike me, Sabrynaah didn’t want to live in the past and in 1999 she moved to Europe, living in Munich for some time, and recording with numerous European producers including Milk and Sugar, who she had a No1 club hit with in the form of funky houser ‘Higher and Higher’. Sabrynaah returned to America to work and shortly before her death sang backing vocals on Blaze’s ‘Most Precious Love’. A true modern soulful house classic, it would prove to be her last recording and her only Billboard Dance No1.

But for me Sabrynaah will always be about that early 90s sound, tumpin’ beats, soaring vocals, kitchens thick with dope smoke and drinking neat brandy with complete strangers in the wee hours of the morning.

So as the boys in the kitchen might have said, BIG UP MY GIRL SABRYNAAH! 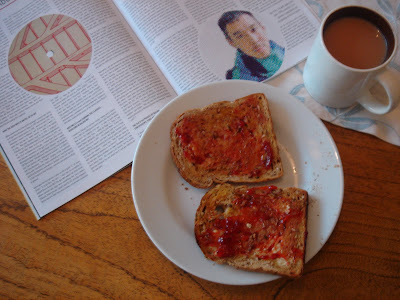 Over at Beyond the Stars Towers we’re quite the fans of a bit of potter about on a Sunday morning. Up with the larks, like all good cleaning living folks, whack on the kettle, fire up the toaster, and get some Sunday morning music on the record player. Many final day of the weekend has started this way round ours, with numerous cups of tea, old LPs, and a read of the papers, a decent magazine or even a music fanzine, like the ever excellent Faith/Strobelight Honey (great article in the most recent edition about supporting your local record shop...), as we gently ease into the day.

Getting up to change LPs is a bit of a bugger though, especially if you are even half as lazy I am… so I did a little mix to capture the mood of those mornings and ensure extended sofa time.

You can stream or download using the player below - but only if you’re eating toast at the time...