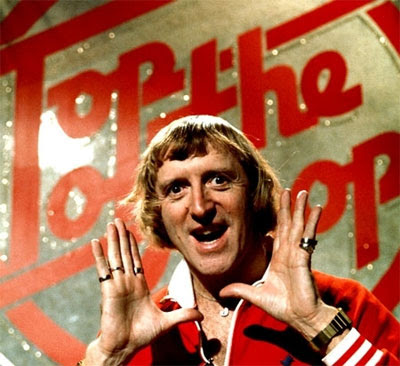 So with just over two weeks to go until second THUNDER party with Liverpool born and bred Chicago house wunderkind, John Heckle, here a chart of stuff I'm enjoying this month, which includes John's new release, the hot new Strobelight release from Solid State, which Beyond the Stars talent scouted(!), a pair of Omar S double packs, a slick Chez Damier joint, the return of FCL and Storm Queen, a wonky effort from Lone, and the last release from up and coming UK house label, Feelharmonic, which I only just discovered. All brought to you by the late, great, Mr Saville - and no, I don't care what Paul Merton says...

Parties - 'The Idiots Are Winning' with Chez Damier, Friday 4 November 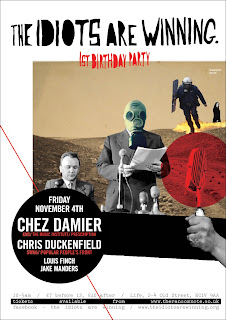 About a year ago, I found myself scouting for venues and in the basement of a sushi bar at the Clerkenwell end of Old Street. Whilst standing at the bar, in this small but perfectly formed underground space, a poster a party on the wall caught my eye, with a line up boasting 20:20 Vision act Crazy P, one half of the Unabombers, Luke, and Sheffield house legend, Chris Duckenfield, amongst others. Pretty impressive such a smaller venue, off the beaten track. Almost a year on, ‘The Idiots Are Winning’, have got a series of parties under their collective belts, all with cracking line ups that have included the likes of Luke Una, Rob Mello, Luke Solomun and I:Cube, and they are now preparing for their first birthday party, with bona fide house legend, Chez Damier.

I’m pretty excited, to be honest. Chez Damier is a fantastic DJ, has made some of the best house records ever committed vinyl and ran one of the best house labels in history, Prescription. So, I took the opportunity to catch up ‘The Idiots Are Winning’ resident and promoter, Jake Manders find out a bit more about these parties.

So, who are the brains behind ‘The Idiots Are Winning’ and inspired you get together to do the party?

Both myself and 'Idiots' cohort Louis used to run various parties in a Labour club in our hometown of Hebden Bridge. Having moved to London a number of years ago, I guess we were always potentially looking to get back into it. What tipped us over the edge from 'thinking about it' to actually 'doing it' was a chance encounter with Chris [Duckenfield] on one of the infamous Petrcane boat parties. With no little sense, he agreed to get involved - probably much to his regret as every other month I'm hassling him to do promo of some sort!

Does the party have some sort of underpinning ethos?

There is an ethos, so to speak, but not a particularly ground breaking one: Informal, infrequent parties with the odd red light thrown in. I think being from the north with it's various esteemed nights - Basics, Electric Chair, Scuba et al - played it's part in how we view a decent party.

Life really provides a great basement for your red lights - it’s a real gem of venue, isn’t it?

Definitely. It's a great little venue and works very well for us. We originally heard of it as Gilles Peterson ran a Wednesday night there whilst Defected also use it for one-offs from time to time - Frankie Knuckles recently played down there which as you can imagine, was a bit of a roadblock. On a more visceral level, there's just something immensely appealing about partying in the basement of a Japanese restaurant. 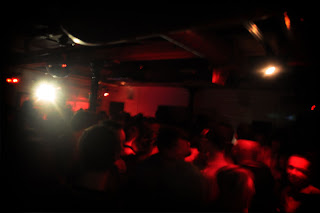 For such a compact space you’ve had some amazing guests - I remember seeing the posters for the first party down there and thinking “Wow!”, it most be a bit of labour of love getting such line-ups together?

We're in a very fortunate position of being able to call on friends and ask a few favours here and there but from a DJ's point of view, I'd take a punt and say that most would prefer playing at more intimate events. Part of the reason we've managed to book Chez Damier for our 1st birthday was on that basis and you only need to look at other parties in London such as Electric Minds' loft parties, Bad Passion and The Lift Party to see that small venues are appealing to both DJ's and punters alike.

Having someone as established and respected as Chris Duckenfield involved in a London party is pretty special, eh?!

Having Chris involved is a huge plus for us and somewhat of a coup. Considering how saturated London is with good, quality parties, I don't think we would have taken the plunge without him onboard. As you know, it's incredibly difficult to carve out a niche and as The Idiots Are Winning is Chris' first residency since Scuba, this has really helped us gain some semblance of a foothold.

Now you‘re almost one, are there any moments from the first year that particularly stand out?

Personally, Crazy P was a particular highlight. To see them play in a venue of that size is practically unheard of these days. There's so little space behind the decks, Danielle was having to sing whilst standing on a little chair in the corner! Seeing Chris, Luke Solomon and Rob Mello going back-to-back was another rare treat.

You’ve got Chez Damier playing too, a true house heavyweight, you most be pretty excited about having him play?

Absolutely. He's flying in from Chicago so as you can imagine for a party of our size, the bare economics of it are difficult but well worth the effort! It's not often you hear a set from a DJ that you know very little of and Chez is one of the few out there that can deliver that. 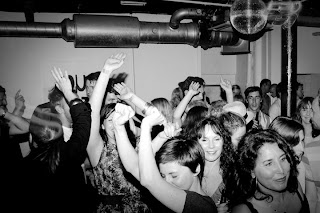 See you down the front!

WERK! Vogue Video of the Week

IT GOT KRAZY! The first in what will undoubtedly be an irregular series, tapping the infinte drama mine of youtube vogue videos.